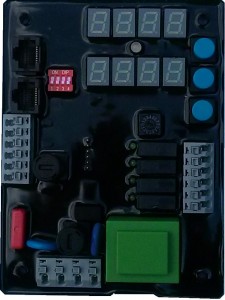 With our standard controller, a Diesel-PV hybrid system can be commissioned in less than 5 minutes.

Areas in the world not being connected to the main or national electrical grid do require off-grid energy solutions. Mainly by stand-alone power system or mini-grids typically to provide a smaller community with electricity. Off-grid electrification is an approach to access electricity used in countries and areas with little access to electricity, due to scattered or distant population. living in a self-sufficient manner without reliance on one or more public utilities.

elgris is one of the leading companies specialized in connecting a Diesel generator with a renewable source like photovoltaic to build a mini-grid.
To ensure our technical leadership, we have a team of highly qualified engineers working on the products of the future.

Our focus is reducing the consumption of Diesel at a maximum level and at the same time minimize the investment in balance of system components like solar panels, inverters, batteries and other components needed to build a cost saving and maintenance minimized stand-alone hybrid solar system.

Electrical power can be generated on-site with renewable energy sources such as solar (particularly with photovoltaics) or with a generator  with adequate fuel reserves. Such a system is called a stand-alone power system. 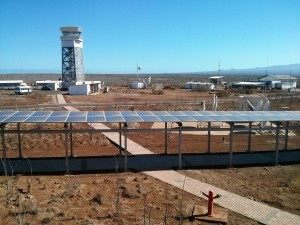 The elgris control system is used on an airport. 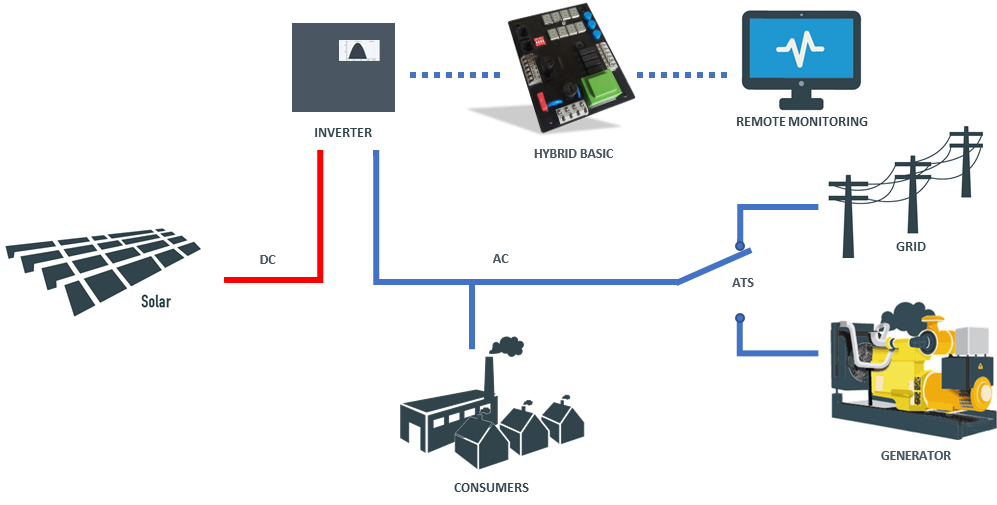 The elgris BASIC controller measures the power from the grid or generator. In applications where the load is relative constant and equally dived over the three phases, a single phase measurement on the lowest phase is a good solution.

Highlights for your decision in an off-grid system:

Let us retrofit your existing system and become independent!

By using the elgris hybrid system, any generator can be retrofitted with a solar system. Even a weak generator will be transferred into clean and constant power.